Right now, there’s currently a proposal to build the world’s biggest coal port on the Great Barrier Reef at Abbot Point. If built it would unlock the Galilee basin – one of the largest reserves of coal in the world.

Aboriginal and Torres Strait Islander communities are already facing the impacts of climate change today, we need to be moving beyond coal and gas and transitioning to clean renewable energy, not digging up more of our sacred land. This means ensuring the proposed Abbot Point port expansion, subsequent railway line and coal mines don’t go ahead. 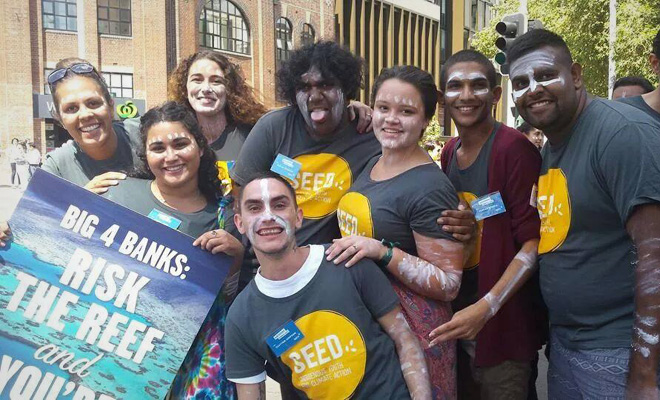 The Indian coal company, Adani, needs billions of dollars in bank loans to get this project off the ground. That’s why we’ve beenputting pressure on the big 4 Australian banks, Commonwealth, NAB, Westpac and ANZ, to rule out funding reef destruction.

Alongside the Australian Youth Climate Coalition, Seed volunteers have been out and about talking to bank staff, customers and Australians about the impact that this project would have on our land, climate, culture and future.

After years of campaigning, the power of our movement is building. The project has faced numerous setbacks and delays, thanks to the incredible work of everyday people across Australia and the world.

Already 11 international banks have announced they won’t be involved. The Wangan and Jagalingou Traditional Owners have launched a legal case in the Federal Court to reject this project. Thousands of Australians and people across the globe have moved their money. We’re sending a clear message to the banks that if they invest in reef and climate destruction, then were dumping them.

Get involved in the campaign today, to protect the Reef and our climate once and for all. Take action now by heading to riskingthereef.org.au 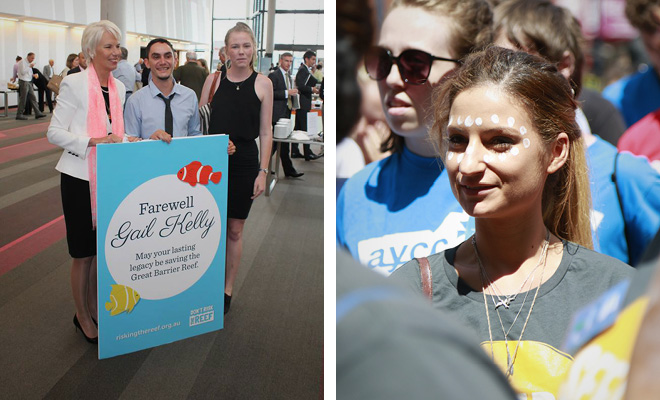