Posted by NationBuilder Support on July 06, 2015

I signed my first petition with the Australian Youth Climate Coalition in 2009 and not long after I began volunteering with them.

Even though I thought AYCC was this awesome youth climate movement in Australia, I realised that it was also incredibly white.

It didn’t necessarily focus on those people who are directly impacted by climate change. This too often ends up being Indigenous people or people who contribute the least to the cause but face the worst impacts.

This really stood out to me and I realised that I actually couldn't be involved in an organisation that didn't take these issues really seriously. I took this to senior team members and they were like, "Great, let's try and find some money to fund a role for someone to work in this area".

In 2013, I moved to Melbourne and started working for AYCC. I initially came on as the Indigenous and Diversity Coordinator, which is kind of a bit strange... But over the years we have realised that in order to work really well with Aboriginal young people we need an autonomous and independent body that is known and can be separate from AYCC.

Now I work with Aboriginal and Torres Strait Islander young people in the climate movement through a network known as Seed.

At the moment we’ve got roughly 50 active volunteers who are involved on a weekly basis, like giving so many hours or volunteering so many days a week. We’ve also got roughly 100 young people who are connected in whatever way.

At the moment I am our only staff member, which is a bit crazy. But we've got two new staff members coming on board, two young Aboriginal women and they are both really awesome.

I'm also currently working with some of the young Aboriginal men to bring more males into the climate movement because I truly think that to achieve equality between men and women, and people of any gender, men need to be involved and see the importance of that as well. 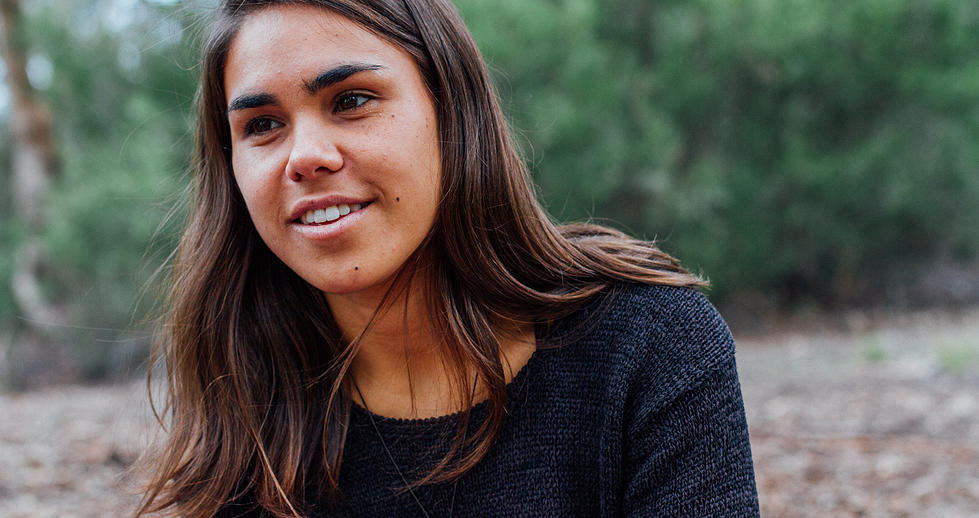 Chicknic: Who are some awesome chicks you look up to?

My mum is definitely a huge inspiration for me, my mum being a white woman from New Zealand, who met my dad, an Aboriginal man from Australia.

They faced a lot of discrimination when they first got together. Mum’s family didn’t really accept Dad or want him to be part of the family. My mum stood her ground and basically was like nup, I’m not going to take that. Really stood up for herself, I really admire her for that. I love my mum and I don't give her enough credit. I always end up talking about my dad because he does similar work to me.

A lot of the women that I work with are also huge sources of inspriation. Both within community and within the environmental movement. AYCC and Seed are also heavily dominated by females that are in leadership positions. We have a team of 20 staff and 17 of them are female, which is unique.

Chicknic: Why do you think this is the case?

It is awesome that there are a lot of women within the environmental movement but it is interesting anaylsing it even further. The industry is heavily dominated by women, but in larger and older conservation organisations they still have men in the CEO roles, but heaps of women in more junior or semi-senior roles.

I think one of the sadder aspects of it is that these roles are often lower paid roles,and roles that require a lot of overtime. It's more of a lifestyle than a nine-to-five job. I think a lot of women are prepared to give that up.

Particularly for me, I recently went to a climate movement CEOs' retreat. It was the CEOs of all the big environmental organisations. As a young Aboriginal woman, where there were a lot of old white men who had been around for years, I really had to stand my ground and be like, no actually my voice is one of the most important voices in this room.

Sometimes the older men, and even some of the older women, fail to acknowledge that they are not the ones who are on the frontline of this issue.

It is not only strategic and important we work with people who are directly impacted by climate change, but it is also immoral if we don't. We talk about creating a better world, but we can’t solve climate change without solving a lot of other issues of injustice.

I think something that has really helped me in my journey is the fact that I have been so lucky to have so many female role models that have been really supportive, and constantly looking out for me.

I think that is one of the biggest pieces of advice that I have. Find a group of people who are your people. Find people who can support you and like look out for you, that you can lean on and go to for inspritation and advice.

Anna Rose, who founded the AYCC back in 2006, she started mentoring me when I was in high school. When I had the realisation there was this huge gap within the movement in terms of Indigenous people having a voice on this issue, it was Anna who I went to and talked to about it, and she was the one who went out and started fundraising for the role. Having someone like Anna—who I could look to as a mentor and a friend, just someone who I could call at any time—that has been the biggest thing that has helped me get through the tough times.

Chicknic: What's your favourite thing about being a chick?

I kind of think about it in the sense of what it's like to be Aboriginal sometimes. Like, I feel like there is this feeling when you can walk into a room of women and there is this amazing energy that exists because we are all women and we are all awesome. I don't know it's kind of similar when you walk into a room full of Aboriginal people. It's like, these people are my family, these people are great. I don’t even know you but you’re awesome.

That is how I feel about being a woman sometimes, lucky. I love walking into a room full of women. You don’t even have to talk about it you can just feel it. It is like a different energy.

I think it comes back to, you know... in history so far groups that have been marginalised, or treated poorly, often you see that those sorts of groups can come together and support each other along the way.

We all want to be in a world were women are celebrated and have equal opportunity. Sometimes the crappy stuff brings you together.

This interview first appeared at www.thisischicknic.com

Seed is a branch of the Australian Youth Climate Coalition, a Deductible Gift Recipient (DGR) charity. All donations over $2 are tax deductible.